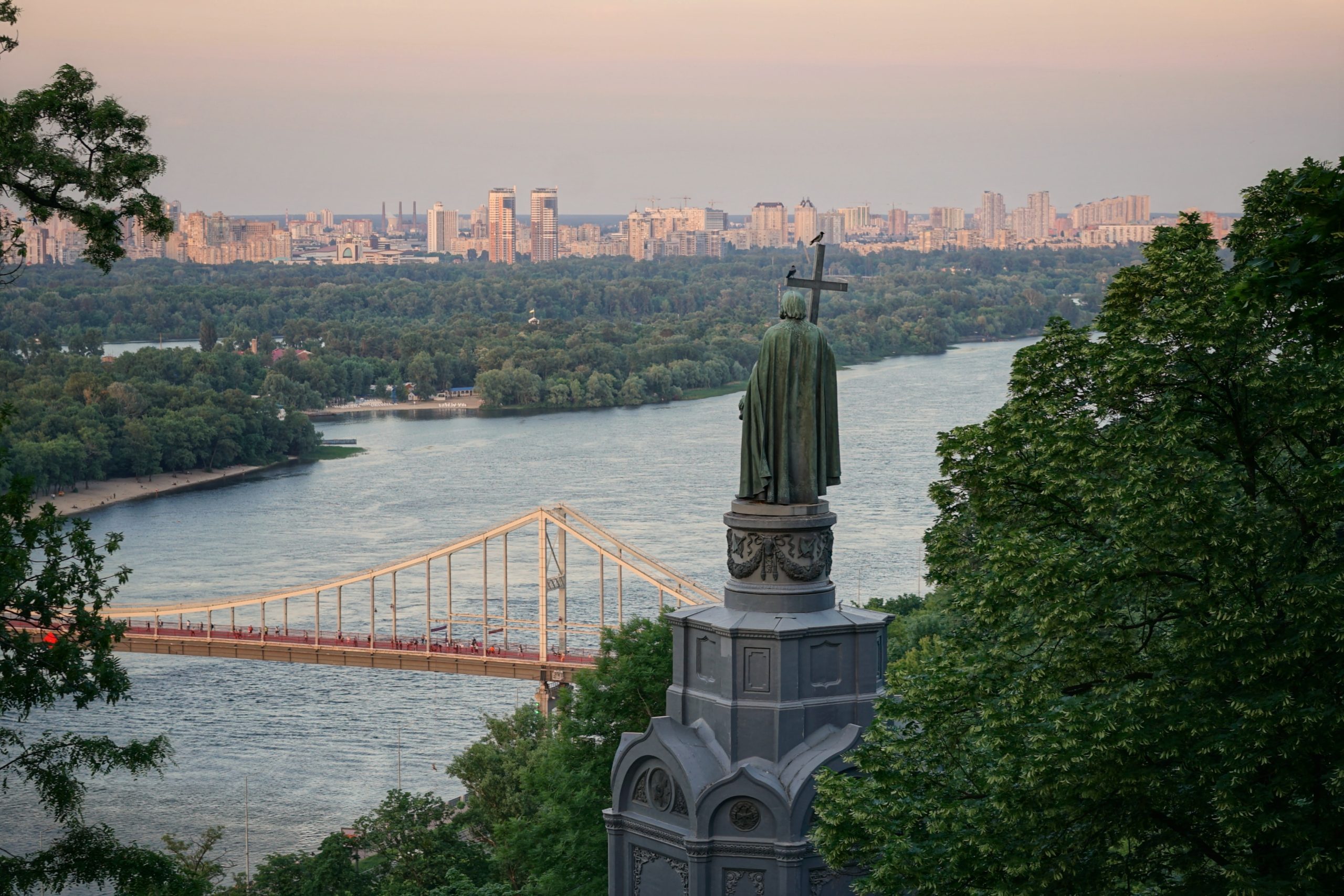 Two recent articles on the Foreign Affairs website deal with the question of what Putin plans to do about Ukraine.  Will he invade or not?

There are several matters that may be prompting Putin to threaten to invade Ukraine.

For the last thousand years, Ukraine has been an ethnic and geographical region, but not an independent country.  Kiev, founded around 500 A.D., was in many ways the first capital of Russia, before Moscow, founded around 1150, or St. Petersburg (1700).

In his article, Putin says:

Russians, Ukrainians, and Belarusians are all descendants of Ancient Rus, which was the largest state in Europe. Slavic and other tribes across the vast territory – from Ladoga, Novgorod, and Pskov to Kiev and Chernigov – were bound together by one language (which we now refer to as Old Russian), economic ties, the rule of the princes of the Rurik dynasty, and – after the baptism of Rus – the Orthodox faith. The spiritual choice made by St. Vladimir, who was both Prince of Novgorod and Grand Prince of Kiev, still largely determines our affinity today.

The throne of Kiev held a dominant position in Ancient Rus. This had been the custom since the late 9th century. The Tale of Bygone Years captured for posterity the words of Oleg the Prophet about Kiev, ”Let it be the mother of all Russian cities.“

Over the years, as Russia or Poland became more or less powerful and expanded or contracted, parts of Ukraine became more Russian or more Polish.  The western Polish parts tended to be Roman Catholic, while the eastern Russian parts were Orthodox Catholic.  After World Wars I and II, Ukraine became more fully Russian.  The Russian Communists made the Ukraine SSR one of the Socialist Republics which was part of the Union of Soviet Socialist Republics.  In 1954, the Crimea region was transferred from the Russian SSR to the Ukrainian SSR, probably to advance the career or Nikita Khrushchev, who was the party official responsible for Ukraine.  Thus, when the USSR disintegrated in 1991, Ukraine, including Crimea, automatically became a separate country for the first time.

For the first few years of independent Ukraine continued as largely a satellite of the Russian Republic.  In 2004, however, a disputed election resulted in the Ukrainian supreme court overturning the election of Putin’s candidate, Yanukovich.  The opposition to Yanukovich created the Orange Revolution, which brought in opposition candidate Viktor Yushchenko as the new president.   Yanukovich, however, returned to power as prime minister in 2006, and after a hiatus, again in 2010.

Mounting opposition to Yanukovich was expressed in the Euromaidan protests in 2014 resulting in new elections and the election of Petro Poroshenko.  The ousting of Yanukovich, however, prompted Putin to annex Crimea, and return it to Russian rule.  American, Russian, and European political strategists have been involved in the various campaigns for president, including Paul Manafort, who was Donald Trump’s campaign manager for a while.  Manafort worked for the pro-Russian candidates.  In 2019 Volodymyr Zelensky was elected president, replacing Poroshenko.

In addition to annexing Crimea, Putin has used more or less covert military means to bring the eastern Donbas region of Ukraine back into the Russian orbit.  Pro-Russian Ukrainians, supported by covert Russian military, have fought against Ukrainian soldiers.  Reuters reported on November 23 that Russian-controlled forces in Donbas were increasing readiness and hold exercises.   The Atlantic Council reports that on November 15, Putin issued a decree removing trade barriers between Russia and the Donbas region, but not with the pro-Western parts of Ukraine.

Alexander Lukashenko has been Russia’s strongman in Belarus since Belarus became independent in 1994.  He had managed to keep politics relatively quiet until the 2020 election, when protests erupted, somewhat like those in Ukraine in 2004 and 2014. The protests have been led by a blogger, Sergei Tikhanovsky, and presidential candidate Sviatlana Tsikhanouskaya.  Lukashenko cracked down hard on the protesters with beatings, arrests, and torture.   Lukashenko remains in control, but his 2020 election is not recognized by the UK, the EU, or the US because of election fraud.

The opposition to Lukashenko, may have Putin worried that he is in danger of losing his man in Minsk, like he lost his man in Kyiv/Kiev.  He may think that some kind of military showing in Ukraine will make the Belarussians think twice about following the Ukrainian example.

Putin still has a strong hold on Russia, but opposition to him is growing, or at least becoming more visible.  His poisoning and imprisonment of Alexei Navalny and the crackdown on the opposition Navalny led indicate that he is worried.  He may think that an exercise showing Russian military strength in Ukraine would help cement his leadership position in Russia.  Putin would see it as a restoration of Russian greatness, and he would expect nationalist Russians to see it that way as well.