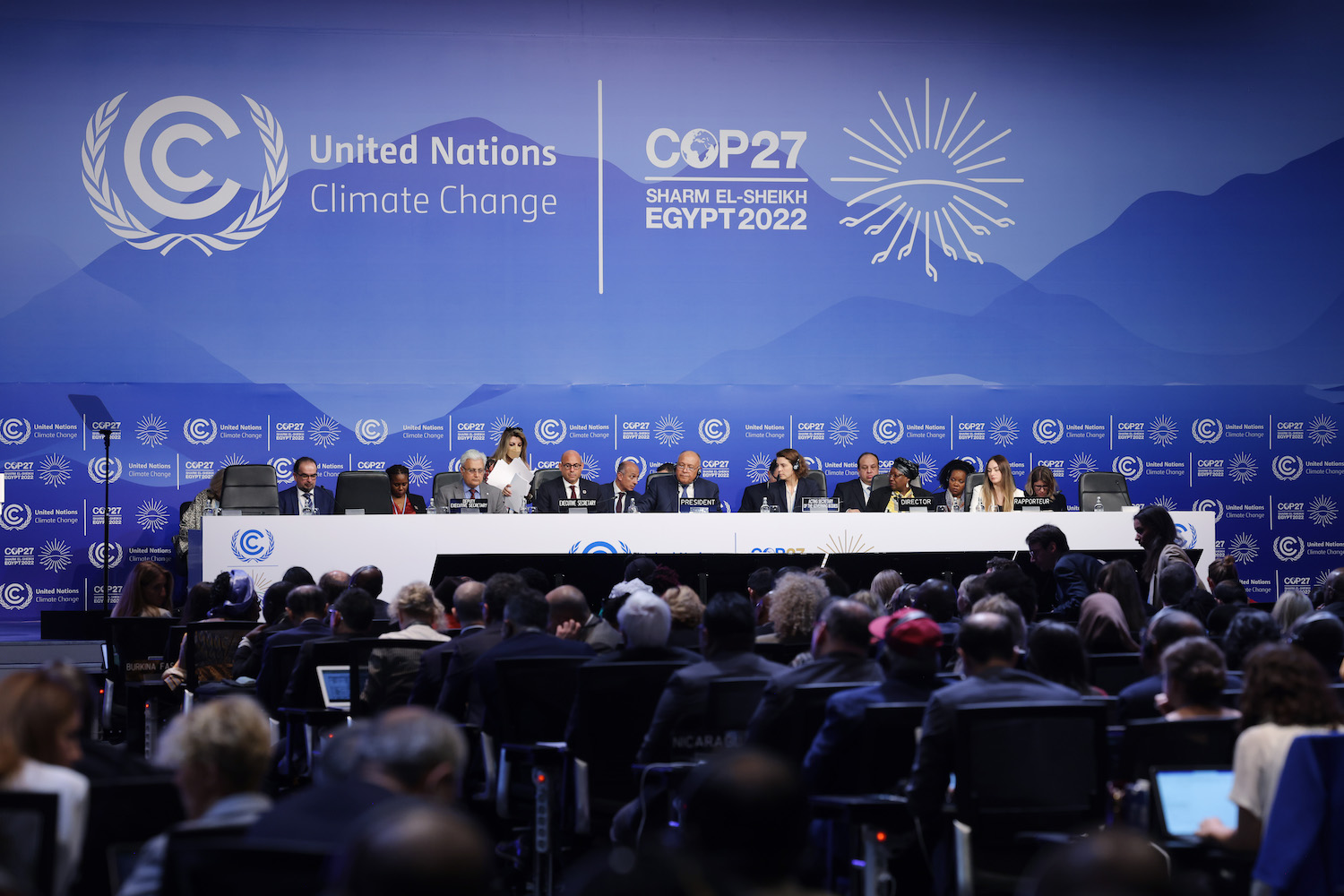 A Foreign Policy magazine email reports the following about the state of the UN climate conference in Egypt:

More than 100 world leaders will convene in Sharm el-Sheikh, Egypt, this week for the latest U.N. climate summit, or COP27, as unrelenting droughts and floods wreak havoc around the world and highlight the dangers of climate inaction.

During the summit, which runs from Nov. 6 to Nov. 18, heads of governments will take part in grueling negotiations covering everything from emissions targets to climate funding. There are a few exceptions: Chinese President Xi Jinping, Russian President Vladimir Putin, Indian Prime Minister Narendra Modi, and Canadian Prime Minister Justin Trudeau are not participating.

The conference is taking place as stark scenes from around the world underscore how climate change intensifies extreme weather. Deadly floods submerged one third of Pakistan just months ago; in East Africa, drought has plunged millions into food insecurity.

Such extreme events will likely become more frequent and intense if countries fail to slash emissions. Nations previously set a goal to limit warming by 1.5 degrees Celsius by the end of the century, compared to preindustrial levels; above that point, tens of millions of people could face new climate hazards and the glaciers in Yosemite and Yellowstone National Park will likely vanish.

Scientists warn that the world is currently on track to shoot past that target. The past eight years were the warmest ever recorded, and the United Nations has said that the world is barreling toward at least 2.5 degrees of warming under current efforts.

“Global and national climate commitments are falling pitifully short,” said U.N. Secretary-General António Guterres. “We are headed for a global catastrophe. The emissions gap is a byproduct of a commitments gap. A promises gap. An action gap.”

At COP27, one of the central issues being debated is how to address the challenges facing developing countries, many of whom are on the front lines of the climate crisis despite being responsible for a comparatively smaller percentage of global emissions. At COP27, these nations are pushing for a “loss and damage” fund for already-suffered losses.

The summit has also cast a harsh light on Egypt’s poor human rights record, especially as authorities reportedly stifled dissent in the run-up to COP27. According to human rights groups, the Egyptian government has arrested 93 activists coordinating protests against the government as it hosts the summit.