Hydroelectric Power Is Threatened by Climate Change
jwcham
April 24, 2022
4:50 am 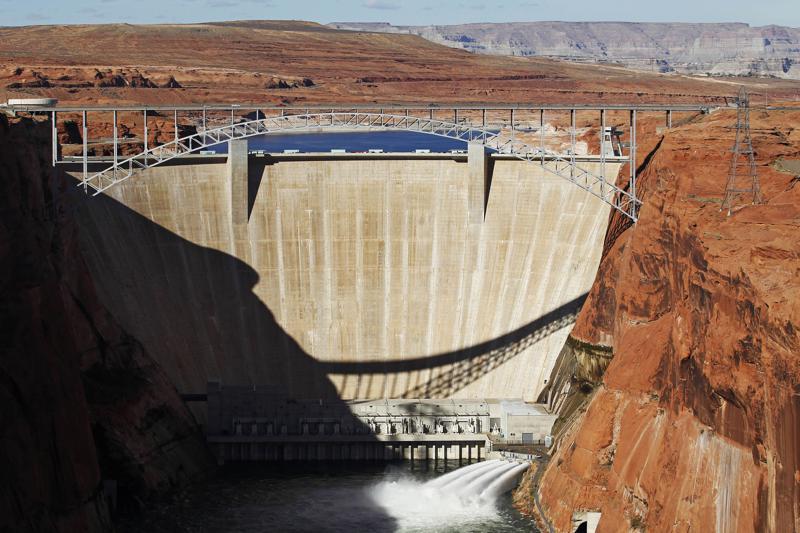 The Colorado River flows though several dams as it heads toward California.  Two of the most important are The Glen Canyon Dam and the Hoover Dam below it.  Because of the climate change induced drought, the water in the Glen Canyon Dam is so low that it may be unable to produce electricity and may have to reduce its outflow, thus reducing the ability of dams below it to produce electricity.

According to the Colorado Sun, the Interior Department may limit Lake Powell water releases to protect the ability of the Glen Canyon Dam, which creates the lake, to produce electricity.  Interior would start slowing the the dam’s release if the water level fell below 3,490 feet above sea level.  Recently it had falled to 3,522 feet, although it was expected to rise with the spring runoff.

The water in Lake Powell generates hydropower for millions of people as it passes through the turbines at Glen Canyon Dam. What’s more, revenue generated from the sale of that hydropower has long funded environmental programs that are already looking elsewhere for money amid increasing concerns about the future of hydropower generation.

The water level at Lake Mead, the Colorado River reservoir serving the Hoover Dam, fell to 1,068 ft. above sea level in July, the lowest level since the lake was first filled following the dam’s construction in the 1930s. This month, the federal government is expected to declare a water shortage on the Colorado River for the first time, triggering cutbacks in water allocations to surrounding states from the river.

The Hoover Dam is one of the nation’s largest hydroelectric facilities. About 23% of its power output serves Nevada, 19% serves Arizona, and most of the remainder serves Southern California.